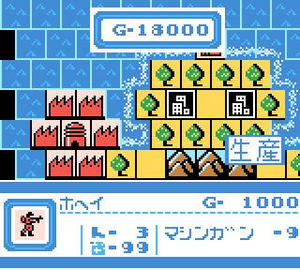 The artificial intelligence was once again improved, and 54 new maps were featured. This was the first game to indicate the movement and attack ranges of a unit when selected. The Artillery B unit was removed without reason, but most important of all, Game Boy Wars 2 was the first Game Boy Wars game to work properly with the Game Boy Color.

It was planned that Game Boy Wars 2 would be able to link with 64 Wars for the Nintendo 64, but 64 Wars was never released.